How Businesses and Insurers Will Avoid Liability

Often in personal injury cases, businesses and their insurance companies will try to spin the facts of a case to avoid paying the amount the injured party deserves for their suffering. Even when there is video evidence of an accident, the business may try to hide it or prevent access to it by the injured party. In these cases, Garrison Law Firm can step in and help.

Here is a real slip and fall case Garrison Law Firm handled. The client’s name has been changed.

Dan is delivering product with his workmate to a local restaurant one blustery winter morning. They arrive at the restaurant at the back door. Each man gets out of their respective sides of the box truck and proceed toward the back gates of the truck when Dan steps on a small patch of black ice next to the truck on his side. His feet fly up in the air forwards as he falls on the back of his head knocking off his stocking cap. Dan is stunned and lays on the asphalt for most of a minute before trying to get up while lying in the middle of a patch of ice. Dan is disoriented and confused, and he walks off the ice then sees his hat back on the ice and he goes and picks it up, then walks around the back of the truck and out of sight of the surveillance camera.

About a minute later he comes back into view and he and his partner proceed to deliver their goods. After leaving the restaurant Dan decides to go to the emergency room because he has an excruciating headache, dizziness, and nausea.
At the emergency room, Dan is diagnosed with a concussion and neck pain and as a result he misses a few weeks of work while recovering. During this period, he has physical therapy for his neck injury, and it takes several weeks for his headaches and other post-concussion symptoms to resolve.

Dan’s efforts to seek financial help from the restaurant’s insurance company are rebuffed claiming that the restaurant was not liable to Dan because he should have seen the ice patch, he got up and voluntarily walked on the ice a second time to pick up his hat, and because the restaurant hired an outside contractor to remove snow and ice. So, if there is any fault other than on Dan it would be on the snow removal company for not salting the remaining ice after snow removal.

Dan called Garrison Law Firm for help. After meeting with Dan and him hiring our firm, we immediately sent a “spoliation” letter to the restaurant demanding that they preserve any surveillance video of the incident.

“Spoliation” in this context means to destroy or discard evidence of the alleged event. If a party destroys such evidence, then there is a presumption that such evidence would have been favorable to the other party, or unfavorable to the party destroying it.
In Dan’s case, the restaurant did preserve the video evidence. However, the insurance company refused to allow Garrison Law Firm to view the video, so Garrison Law Firm filed suit against the restaurant on behalf of Dan.

Video evidence is discoverable in the litigation process.

The video evidence showed the facts of the incident as described above. The insurance company denied liability because it claimed the video showed two things; Dan voluntarily assumed the risk of injury by walking on the ice, and Dan did not seem injured after falling.
These defenses were purely made up and not supported by the video.

There was no indication that Dan saw the ice patch before falling. The video clearly showed him banging his head hard on the asphalt, and it showed him lying there for most of a minute before trying to get up. He was obviously dazed.

His walking on the ice a second time to pick up his hat had nothing to do with his injuries; he did not fall a second time. Disoriented people following a concussion do not always perceive dangers at that moment and may not perceive immediately that they need medical help.

Garrison Law Firm filed suit and obtained the video evidence that Dan could not get on his own. We argued that the video supported Dan’s claim that he did not see the black ice and that he did get hurt. Once these issues came to light, we were able to obtain a rightful settlement with the insurance company for Dan from both the restaurant and the snow removal company.

The moral of the story is that businesses and their insurers will spin evidence such to try and limit or avoid liability and it takes having legal counsel skilled in the development of evidence to maximize the value of your claim.

Call Garrison Law Firm now to learn your rights and determine if you have a viable case.

Businesses have a duty to make public areas of its property reasonably safe. Trip and fall cases are fraught with traps for the unwary.

END_OF_DOCUMENT_TOKEN_TO_BE_REPLACED

Intersection T-bone Car Accidents can be messy. So can litigating the injuries and damages. You need an experience car accident lawyer.

END_OF_DOCUMENT_TOKEN_TO_BE_REPLACED 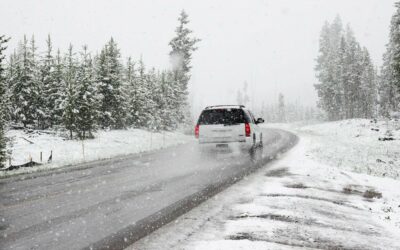 A 14-year-old boy’s girlfriend is ripped from his hands by a driver in a snowstorm. In Indiana, comparative fault determines compensation.